The 7th Annual Vancouver International Film Festival for Peace was a successful event, with more than 450 people attending throughout the weekend. This two day festival was organized by Mobilization Against War & Occupation (MAWO) and showcased peace and anti-war films from around the world. The media helped build the festival as well, as it was advertised in the major media as well as ethnic and community media. The international Iranian news agency Press TV covered the festival and produced a two minute video that can be viewed here:

Festival MC Janine Solanki welcomed everyone on the first day with a musical opening by John Lennon. This set the stage for the rest of the weekend. The first day was all about the peace classics. Hearts and Minds, the antiwar classic documenting the horror of the US war on Vietnam, was introduced by special guest Gerry Condon. Gerry is the President of Seattle area chapter of Veterans for Peace Greater Seattle, a long time fighter for the rights of war resisters in the United States, and a well known antiwar activist. Via videolink, Gerry was able to connect with the audience about the struggle against the US war on Vietnam and the fight for the rights of war resisters and draft dodgers.

Festival goers also had the chance to take in loads of information about how to get involved in peace and antiwar organizing. Various information tables lined the entranceway and halls to the theatre, providing information on everything from the Black struggle in the US to the case of the Cuban 5 political prisoners in US jails. Further down, there were more tables about anti imperialist struggle around the world and about the Cuban Revolution. Indeed, it was not so easy to take a break in this film festival for peace; outside of the theatre in the hall, two TVs were screening videos without interruption for the more than 18 hours of the film festival. One TV played films focused on Indigenous struggles in Canada while the other one presented the life and struggle of Malcolm X.

The festival also introduced the launching of the Battle of Ideas Press and its first book, “War and Occupation in Afghanistan: Which Way Forward?” by Nita Palmer. Over 40 copies of the book were sold at the film festival! Nita, who is also the Secretary of MAWO, was able to sign dozens of copies of the book. The book is an excellent tool and resource guide for people who are opposed to Canada and NATO’s war and occupation of Afghanistan. Not only does the book discuss the current crisis facing Afghan people under occupation, it also gives a chronology of the country’s history, including its struggles for independence and sovereignty.

Day two featured a dynamic variety of films from around the world. People learned about struggles from occupied Iraq to the Honduran people’s resistance to the recent US backed coup d’etat. Later in the day, films showed everything from the life of revolutionary leader of Burkina Faso, Thomas Sankara, and the fight against French colonialism in Western Africa to “Slingshot Hip Hop”, a film about Palestinians using hip hop to resist Israeli occupation.

“The event is full of so much information and I was pleased to see all of the books that were there! Great job!” was just one of the positive comments that festival attendees wrote on their feedback form. “Awareness” and “the motivation to take action” were popular responses to the question “what is the most important thing you will take away from the festival?”

The final film of the festival was the 2009 documentary “Rethink Afghanistan.” It analyzed the human effects of war on the people of Afghanistan, and how this eight-year-long war has devastated people’s lives. With the recent announcement by the Obama administration that the US will send an additional 30,000 troops to Afghanistan, this film captured the madness of the escalating war drive by Western countries against Afghan people.

The festival extended beyond the scheduled time as people surrounded the tables and filled the hallways at the end to meet new friends and learn about different struggles for peace. Many people at the festival said they were interested to get involved and were looking forward to next year’s film festival for peace. Comments on feedback forums like “keep going strong!” and “please please please never stop doing your work!” are encouraging in the continuing battle for peace. Through film, people were brought together to learn how to get involved in the struggle for a world without war and occupation. 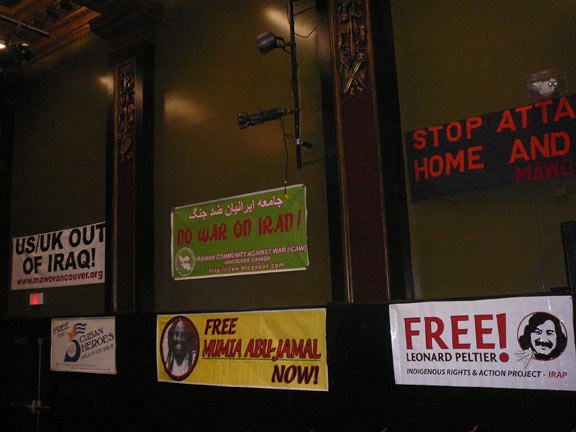 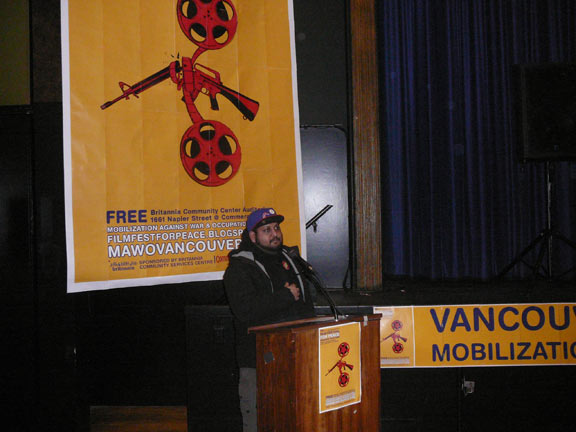 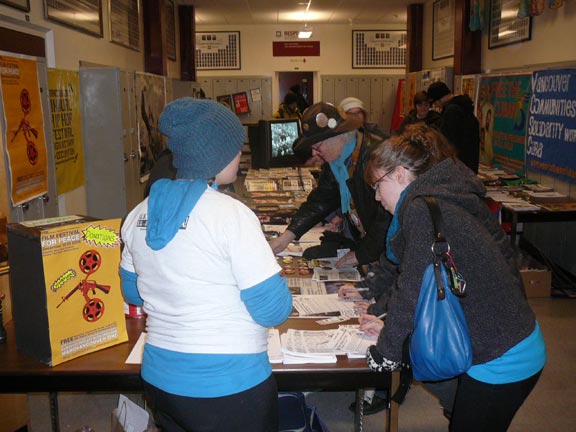 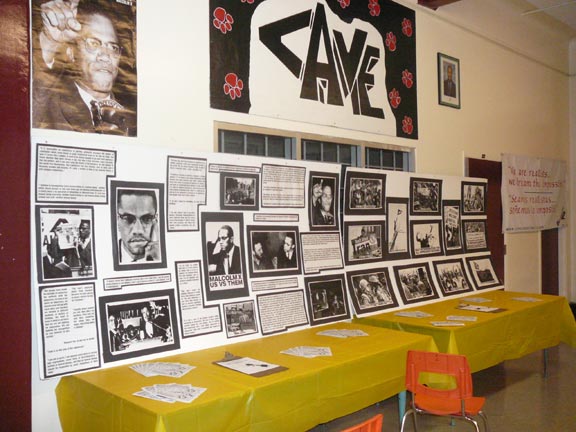 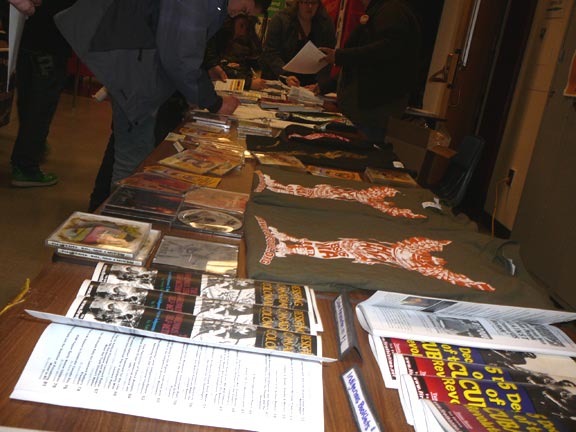 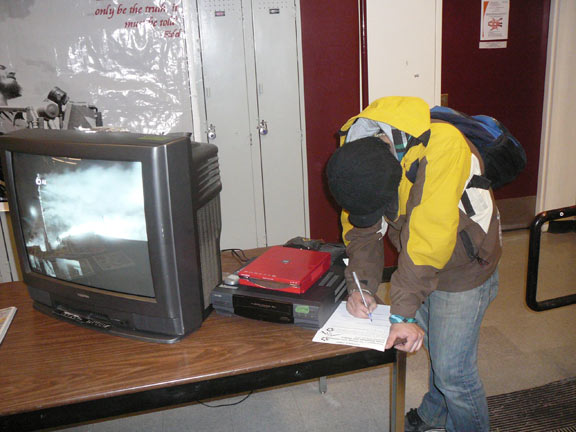 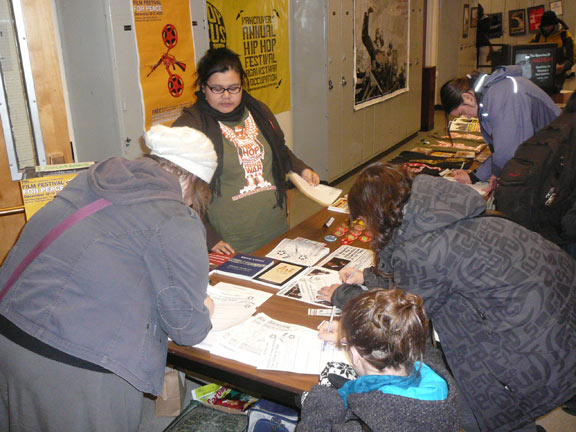 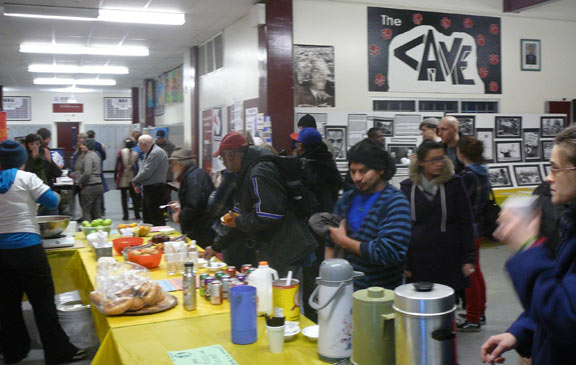 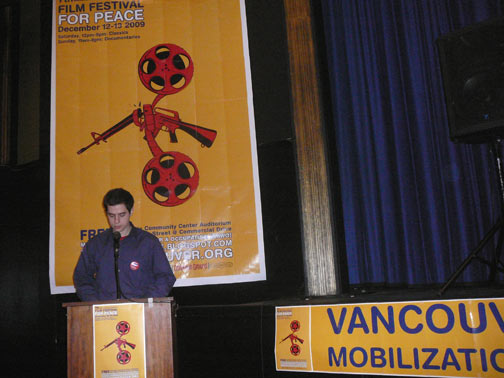 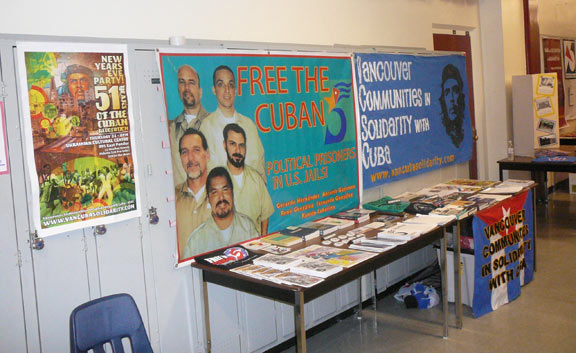 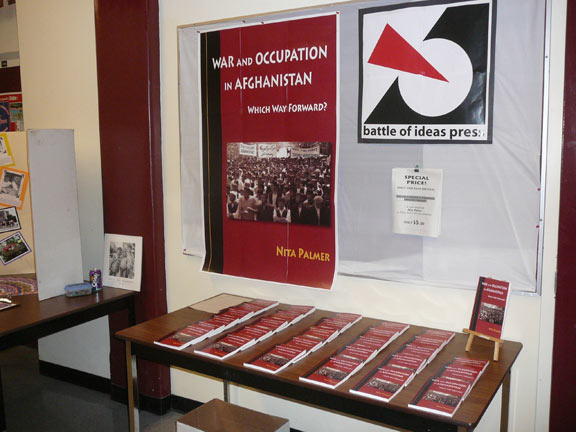 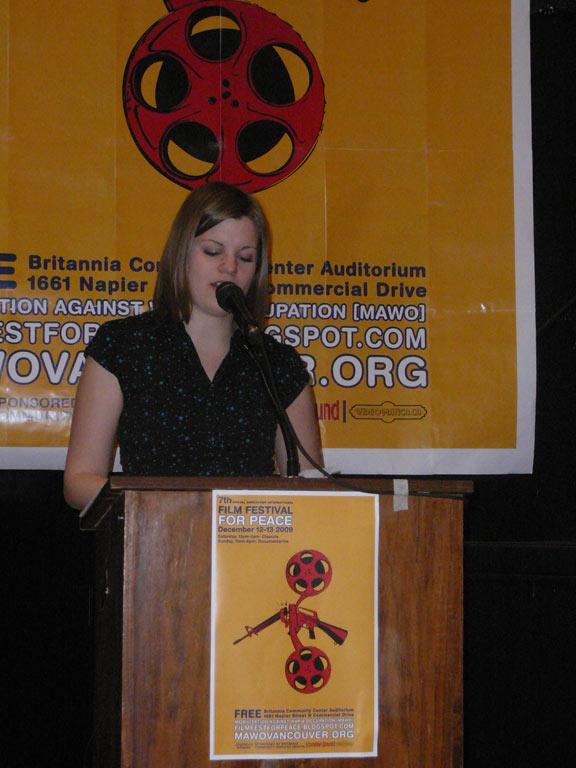 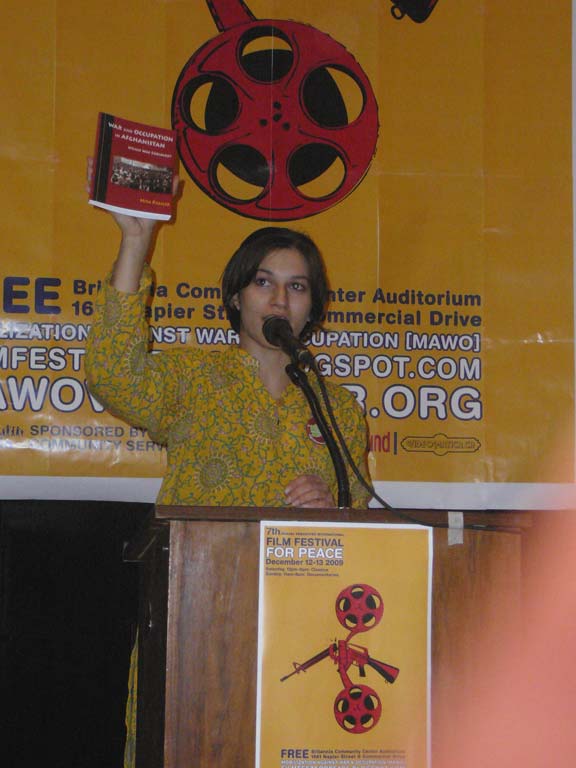 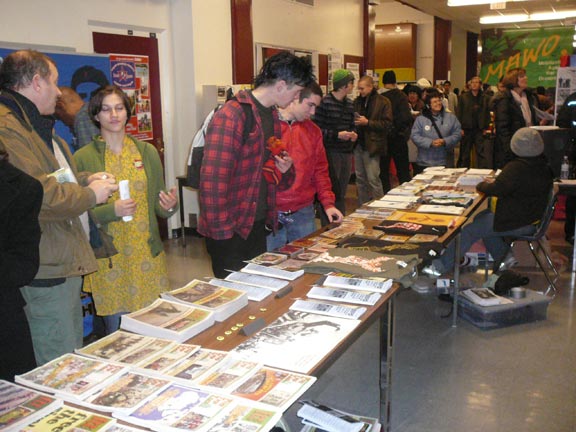 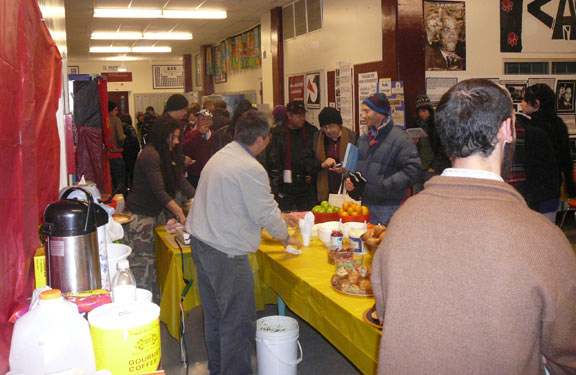 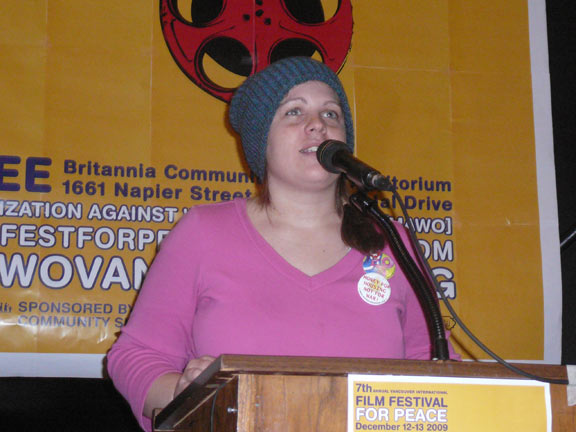 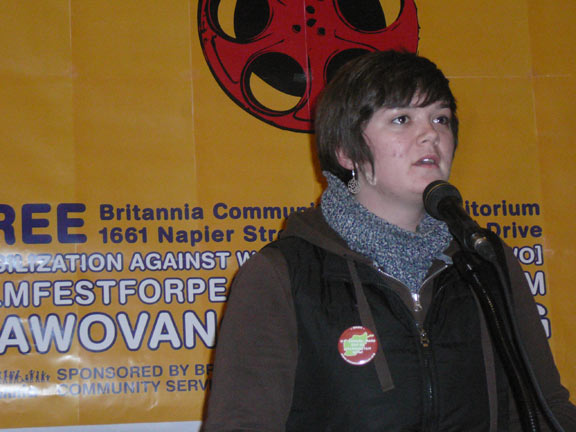 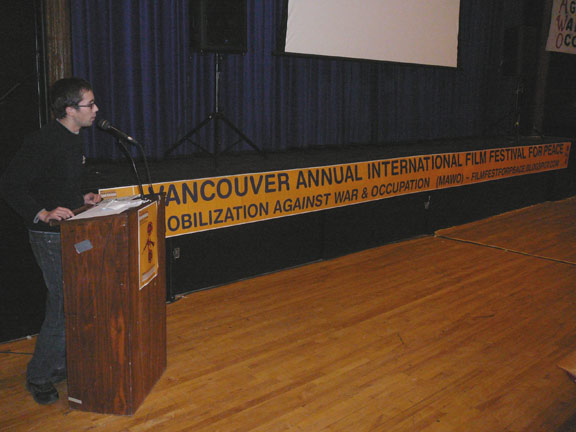 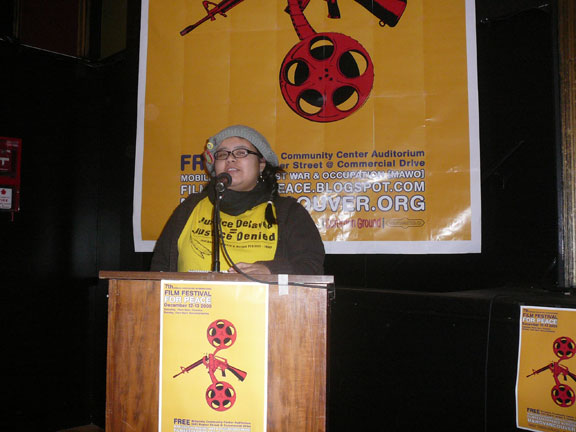 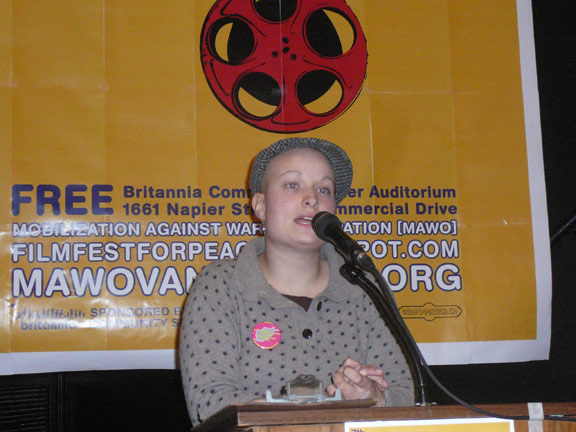 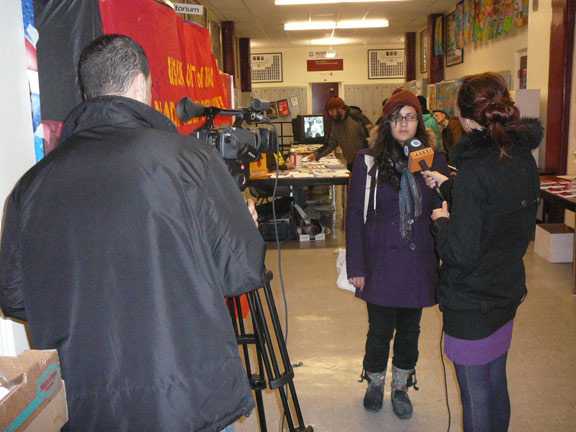 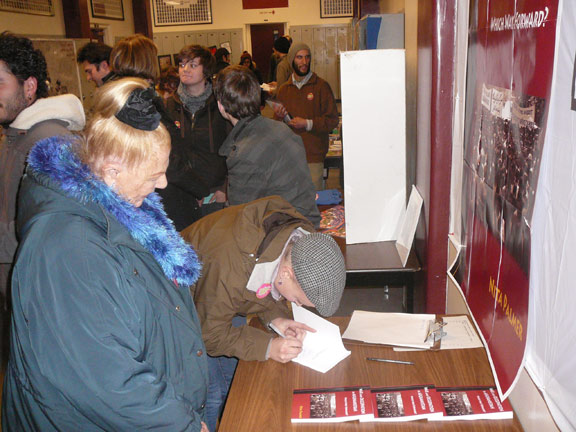 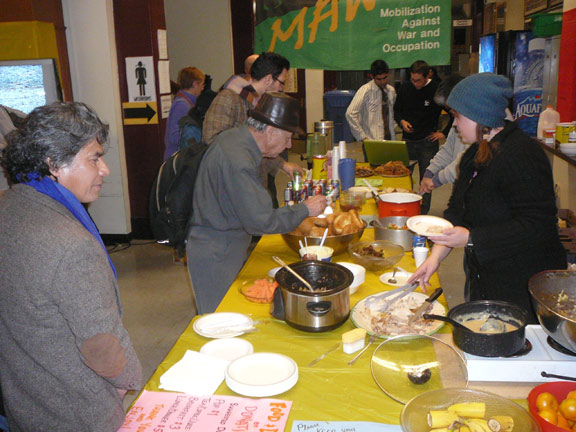 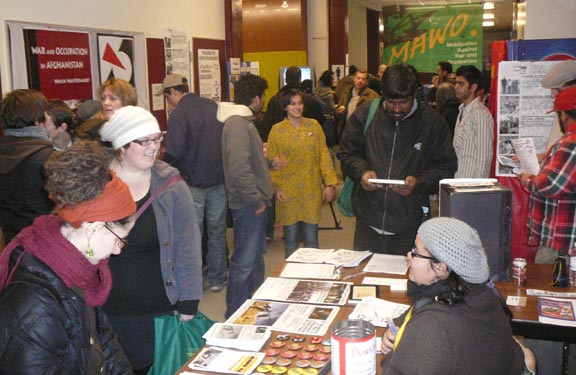 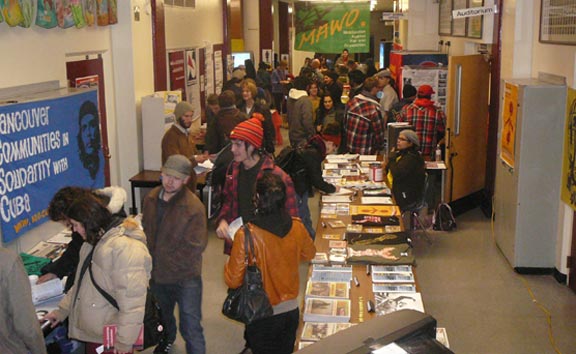 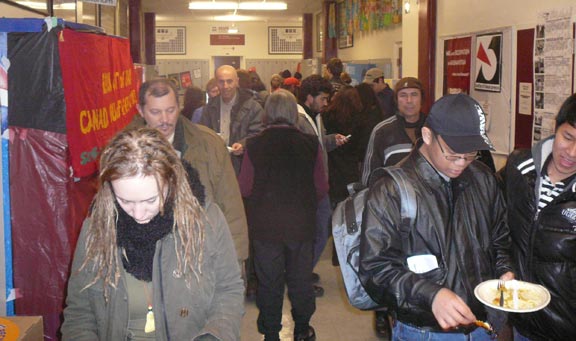 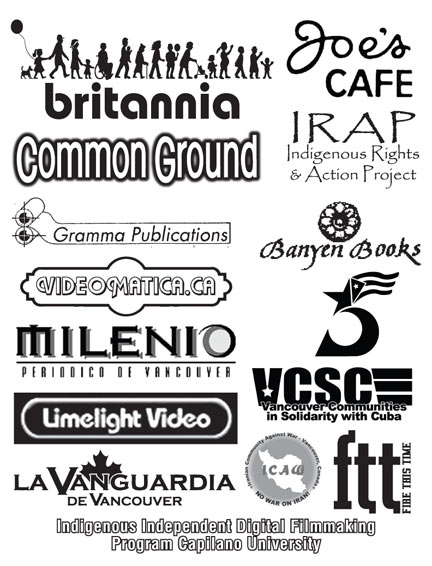